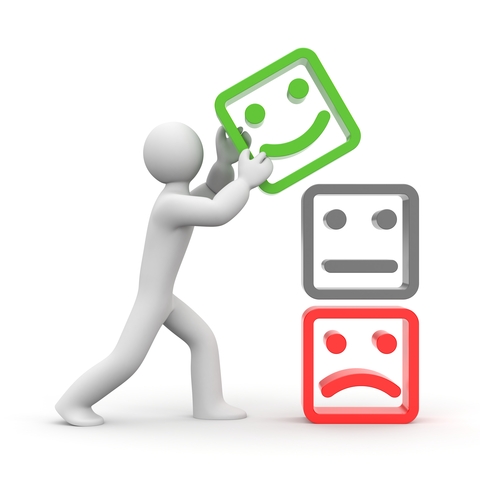 Listen on the run…
Check out other posts…

You’ve probably heard the news … and perhaps you’re not even shocked. We’re talking about how annual performance appraisals and stack ranking of employees seem to be on their way out. Companies are dropping them, even major organizations like Accenture, GE, and of course, the youngsters Expedia, Facebook, and Netflix, and other recent Silicon Valley startups. PwC says that two-thirds of large companies are planning to drop them, and 5% of companies in a survey already have.

Is this the leading edge of a new approach to talent management…or a fad like so many HR trends? Where do you stand on this? Has your company dumped annual performance appraisals, and if not, are you willing to stick your neck out and call for it?

From what we’ve gathered, our sense is that it is not an unrealistic reassessment of appraisals, for a number of reasons. We all know the pot has been boiling for a decade that the once-a-year appraisal and ranking people are flawed elements of effective talent development. The once per year appraisal discussion with an employee has long been criticized for being too little effective feedback, too late. Ranking makes employees overly competitive, rather than collaborative. Negative ratings based on “need to improve” often become forced and inauthentic feedback molded to fit the curve. There’s also the paradox that managers sometimes need to temper their feedback since they have to work with the employee over the coming year. Add to this just the costs of this system, and the odious burden to managers, few of whom enjoy writing out lengthy reviews that just get shelved for the coming year.

But what strikes us as the most salient rationale for transforming appraisals is the simple recognition that business and the world have radically changed in less than a decade. The speed of everything has increased; it seems ludicrous to wait 12 months to give someone feedback that might have helped the person—and the company—six months ago. It seems a waste to let precious time go by when a manager could be helping team members improve their skills through regular consistent feedback.

And with an increasing Millennial workforce, it’s a new generation and there is no doubt they think and act differently than Boomers. For one thing, they are not reluctant to jump companies to get out of an environment they don’t like. So a minimalist annual performance review doesn’t give a company much of a chance to develop a talent if the person flees after just 2 or 3 years. Millennials also don’t tolerate a threatening social environment and they resent being ranked. They want to feel comfortable at work, and they prefer team work over competitive one-upmanship.

What we see happening therefore makes sense. Companies are abandoning the once-per-year appraisal and the rank and yank approach, in favor of more frequent and informal feedback systems. They might be called quarterly ‘dialogues’ or ‘check-ins’ and they might be done using technology like apps, skype chats, or emails. Notes may be taken to document the talk, but there’s no ranking going on. The entire approach is aimed at coaching employees to improve, to have honest conversations about their problems and challenges so the manager can try to improve the person’s performance on an immediate basis.

It’s difficult for us at SyNet, with our bend towards awareness-based leadership, to believe that the traditional annual performance appraisal process made famous by Jack Welch can continue to be useful in organizations today. We would even go so far as to say that it holds companies back, by preventing people from communicating honestly and authentically, by missing the valuable moments when people are ripe to learn and to change, and by demeaning team members with feedback whose sole purpose is to fit into a sliding scale curve. It’s not an effective way to tune the engine of a company –its people and its leaders.

If you and your organization are interested in discussing with us how you might go about changing your appraisal process and adopting new methods, we would love to chat with you. Our approach to leadership development and talent building aligns closely with the view that it is not just a trend that performance appraisals are very likely going to die out everywhere within a few years.